Princess and The Pea? Invisibility Cloak Prevents an Object from Being Felt 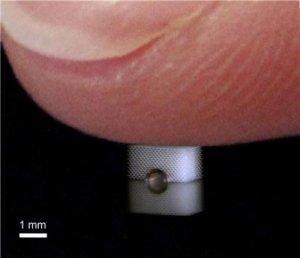 In the past years, invisibility cloaks were developed for various senses. Objects can be hidden from light, heat or sound. However, hiding of an object from being touched still remained to be accomplished. Scientists have now succeeded in creating a volume in which an object can be hidden from touching similar to a pea under the mattress of a princess.

Read the source article at ScienceDaily